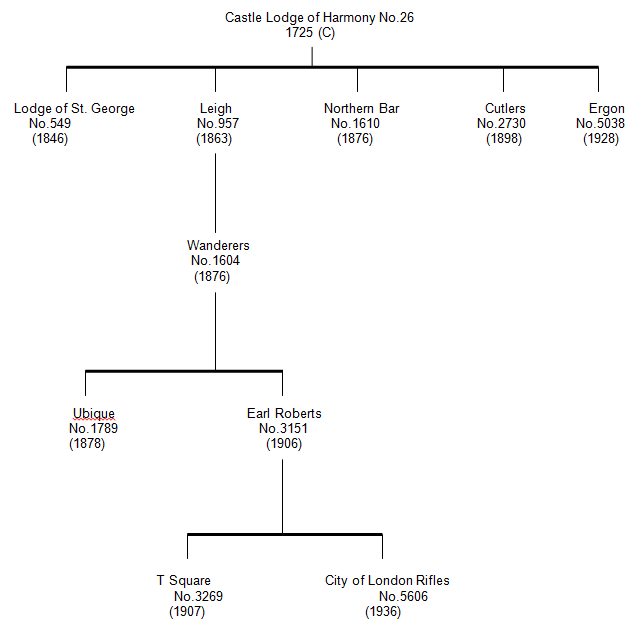 The Lodge was formed in 1936 from members of the Regiment. Its formation was due to a petition made by our Mother Lodge – Earl Roberts Lodge No. 3151 on behalf of members of 6th City of London Rifles’. Below is a part copy of the letter written by the Lodge Secretary to The Grand Secretary at Freemasons’ Hall dated 13th June 1935

As you are aware the Earl Roberts Lodge has a Membership of 100 and among these are 16 past and present members of the 6th City of London Rifles’.

I have been approached by the members of the Regiment, one of whom is the Colonel Commanding, requesting me to assist them in forming a Regimental Lodge.

At the last meeting of Earl Roberts Lodge the suggestion was put forward and was received with unanimous approval by all present.
Eleven members who are among the suggested Petitioners have signified their intention to remain members of their Mother Lodge – The Earl Roberts.

I beg, therefore, on behalf of the Petitioners to request that the form of Petition may be forwarded to form a new Lodge to be called the City of London Rifles’ Lodge.

Meetings to be held at the Hotel Great Central on the 1st Wednesdays in the months of January, March, October and December.

The membership to consist of present and past members of the 6th City of London Rifles’, Headquarters, 57a Farringdon Road, E.C.

The Petitioners are of the unanimous opinion that if a Regimental Lodge is formed there will be no difficulty in obtaining members.

In the past it has been found that Members have refrained from coming forward when it was known that the Earl Roberts Lodge was not a purely Regimental Lodge.

The Chaplain of the Regiment, has signified his intention to offer himself as a Candidate if a Regimental Lodge is formed and I have no doubt others will follow.

Some of the Senior Officers who are among the Petitioners include one Colonel, three Captains, one Lt. Colonel and a Major.

Up to the present I have the names of 16 Brethren who have signified their intention to become founders.

The form of Petition will be presented at the meeting of the Earl Roberts Lodge to be held on Tuesday, the 15th October next. Due notice having been given at the last Meeting of the Lodge.

Find out more about the Lodge meetings during the war years.

Find out more about the history of the Lodge after the war to the present day. 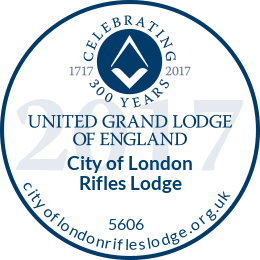 Joe Mercer
Former player of Everton and Arsenal and former Manager of England and Manchester City. Initiated in Rivacre Lodge, No. 5805
© Copyright2022 The City of London Rifles Lodge No. 5606
design by WPExplorer